At 30 June 2009 launch of The G’Day Country Redux Wayne Mason sings his composition ‘What Fred Said’ about an engine driver and Mayor Jenny Rowan, seen below him, launches David’s book. Wayne said the chair I gave him to stand on was ‘the smallest stage I have performed on’.

Railway historian Bob Stott was the guest speaker at this Paekakariki launch. 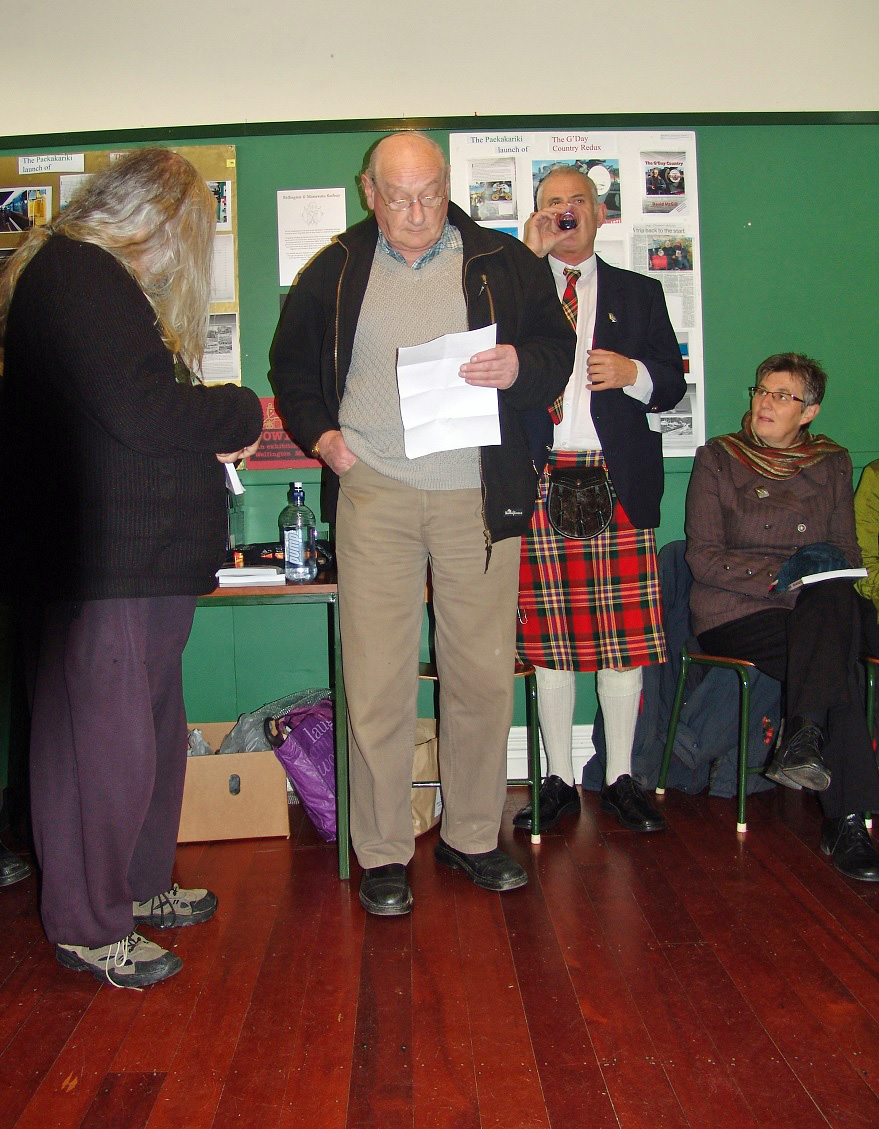 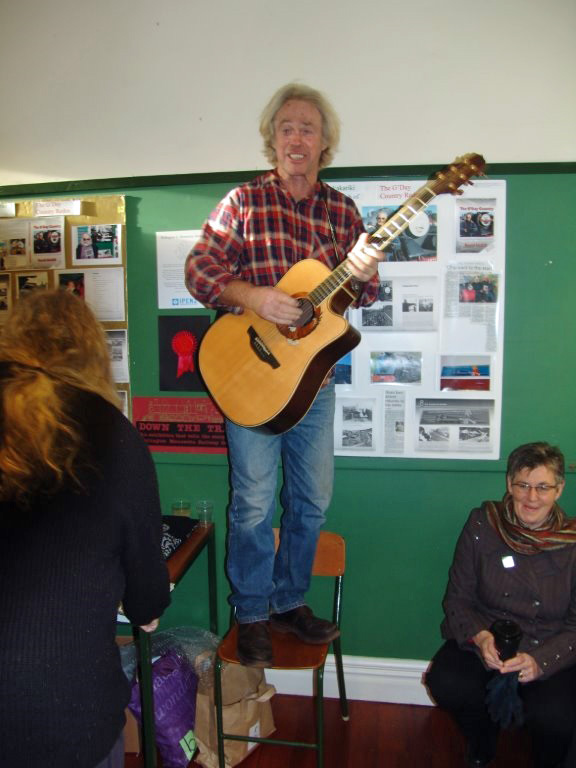 Wayne Mason singing at book launch on a rather small stage